researcher, Professor of Music at Royal Holloway, University of London, where she is also Director of the Humanities and Arts Research Centre 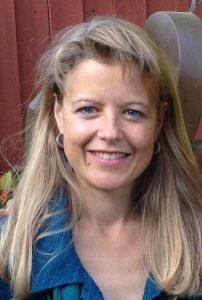 Rachel Beckles Willson is Professor of Music at Royal Holloway, University of London, where she is also Director of the Humanities and Arts Research Centre. Her interests lie in the intersections of history, politics and performance, which she explores as a writer, musician and academic. Rachel’s two most recent books tackle ways in which the politics of historiography affect musical composition, performance and consumption (Ligeti, Kurtág and Hungarian Music during the Cold War (Cambridge 2007) and Orientalism and Musical Mission (Cambridge 2013). She is currently supported by a Leverhulme Major Research Fellowship for a 3-year research project focusing on the oud, which is entitled “Reorientations: Migrations of a Musical Instrument”.

Writers and funders often celebrate music’s potential in ‘empowerment’; yet it is rare that we interrogate the power ostensibly gained in music, or the ways in which (newly) empowered actors operate. Several scholars, myself included, have voiced concerns that musicians often replicate the very systems that they claim to critique, that they may participate in containment rather than empowerment, and that they often mask rather than expose asymmetries. On the other hand, there are patently multiple risks involved when engaging in activities that actually challenge the status quo.

One of our most pressing questions must therefore be how music, musicians and indeed scholars position themselves most effectively with respect to regimes of power. In this paper I present examples from a range of fieldwork to explore ways in which the much-discussed notion of ‘speaking truth to power’ might be used to energise ways in which we think about music and social action.